WAUKEGAN, Ill. (May 16, 2016) – Precision Laboratories recently announced results from a series of studies that show the important role that ToleroTM, an irrigation injection surfactant, plays in the performance of soil-applied products such as nematicides, fungicides and herbicides. 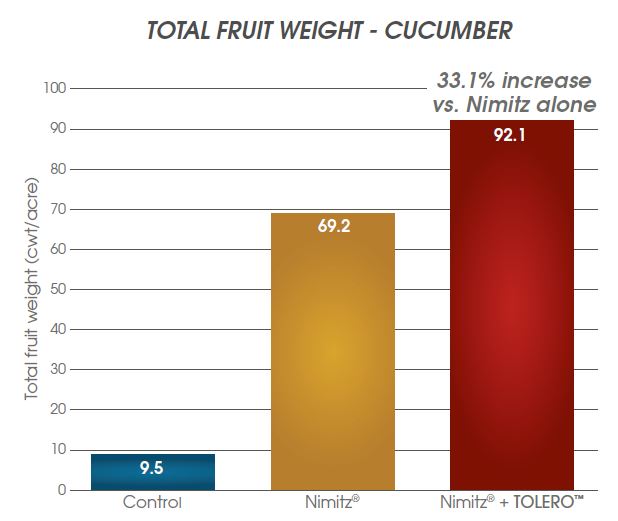 According to recent studies, applying Tolero through drip irrigation at a rate of 32 ounces per acre, after an application of Nimitz® nematicide provides enhanced efficacy of pesticides as indicated by a 20.3 percent reduction of root gall formation and a 33.1 percent increase in total fruit weight on cucumbers versus using Nimitz alone. It also resulted in more uniform soil moisture throughout the plant root zone.

“Most of the crop protection manufacturers recognize the role that uniform soil moisture plays in the performance of soil-applied products. These products use water as a vehicle to move efficiently throughout the plant root zone,” said Don Spier, vice president of Precision Laboratories. “Our trials indicate including Tolero in a program with pesticides, such as Nimitz, enhances the performance of the plant protectants.” 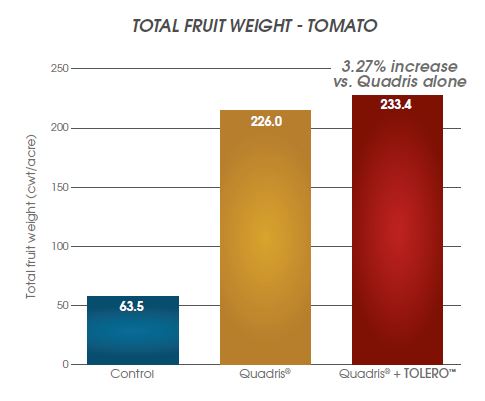 Results also show that applying Tolero through drip irrigation after an application of Quadris® fungicide resulted in a 37 percent decrease in plant disease versus applying Quadris alone. It also increased the total fruit weight on tomatoes by 3.27 percent.

“We believe these results occurred because Tolero provided more uniform soil moisture for the fungicide and reduced periods of plant stress, allowing the plant to reach its potential,” said Spier.

Trials were conducted in 2014 and 2015 across a wide range of crops and geographies.

For more information on Tolero and other Precision Laboratories products, log on to www.precisionlab.com/Tolero.

Precision Laboratories is a leading provider of specialized chemistries applied to plants, seeds, soil and water to maximize resources and biological performance potential while stewarding the environment. For more information on the company's products and its value-added dealers, call 800-323-6280 or visit www.precisionlab.com.

Let us know if you have any questions, comments or suggestions. Contact us now.

Precision Laboratories is a leading provider of specialized chemistries applied to plants, seeds, soil and water to maximize resource and biological performance potential while stewarding the environment.